21 August, 13.00 - As you will have noticed my website hasn't been updated properly for over a year. Over the next few moths I'll be playing catch up. I'd just like to thank everyone for their love and support (too many to name here, but you all know who you are) over the last year. Loosing my mum & Gerry within a month of each other has changed my life for ever and only now am I starting to learn to live without them physically being around. However I'm blessed to have such beautiful, loving and supportive friends and family, I still feel so lucky in my life despite the things life has chucked our way this last year.

I came back from Ireland and went straight to a gig in Mexico with Reasons. Then sshhh for a bit. Working freelance, I was of course worried I'd be struggling to claw in the work as it all had to stop so suddenly last July. All I'm going to say is thank you to my beloved MertonCil, Graeae, Drake Music, CIA, ExtraOrdinary Bodies, Dpac, Connect, Furtherfields Orpheus, Epsom Phab and all in Rockinpaddy for believing, supporting and helping me back on this slightly different road....slowly.

Mum was amazing in every way and has left a massive gap. She was an amazingly strong woman and with Gerry they were unbeatable, always there for everyone else. I'm so glad I was able to be there for them when it mattered most. I thank those who helped me to do that. I'm so grateful to mum for giving me strength and enough of everything to carry on now, without ya by my side...I'll keep trying, promise.

See sausages....I've done a whole post & not one mention of #SaveILF......doh!....oh no, I haven't forgotten about that battle! We've got more gigs to do and it seems much more work to do! #WeFightOn...we have to.....mum told me too, she lit the flame the day I was born.

26 August, 1400: The hardcore rockinpaddy website visitors will see that the 2013 Newz section has been completely deleted (ooops). So have some links like those to my guestbook and to my Flickr site and blog. They are still up and running on the web and can be found in there respective locations (at Flickr, Wordpress etc) However this now gives me an opportunity to update this site so we are, as they say "under construction". I'm on the move from PC to mac. Dreamweaver has changed big stylie and so my site needs a fair bit of work doing to it.

I've been busy sausages and over the next few weeks I'll be playing catch up. Rockinpaddy has grown and the website needs to catch up. xx

14 May, 21.30 - sorry for not being able to update this web site as often as I usually have done, I had a major computer crash just before I went on tour with R2BC. Then obviously I've been away on tour. Hopefully the Flick'r, blog and tweet links have kept people in touch with Rockinpaddy shenanigans. Now I'm back all good and proper it's taken a while to sort out the 'ole pc into some sort of usability.

So anyway, the main point of this important news update. It is indeed to remind us all of the importance of a good cuppa tea. The above picture illustrates just some of the things I've had to deal with...yep a cuppa tea in a coffee mug with a cocktail umbrella, to add insult! Since being on my travels, I've had watery, ropey, mud strong, weak, tepid, milky, the lot. Dundee & Hackney excelled in tea quality but I'm not gonna name and shame,........... but some parts of the UK...sort it out! Here's the official tips...ah get it Tips...pg!! 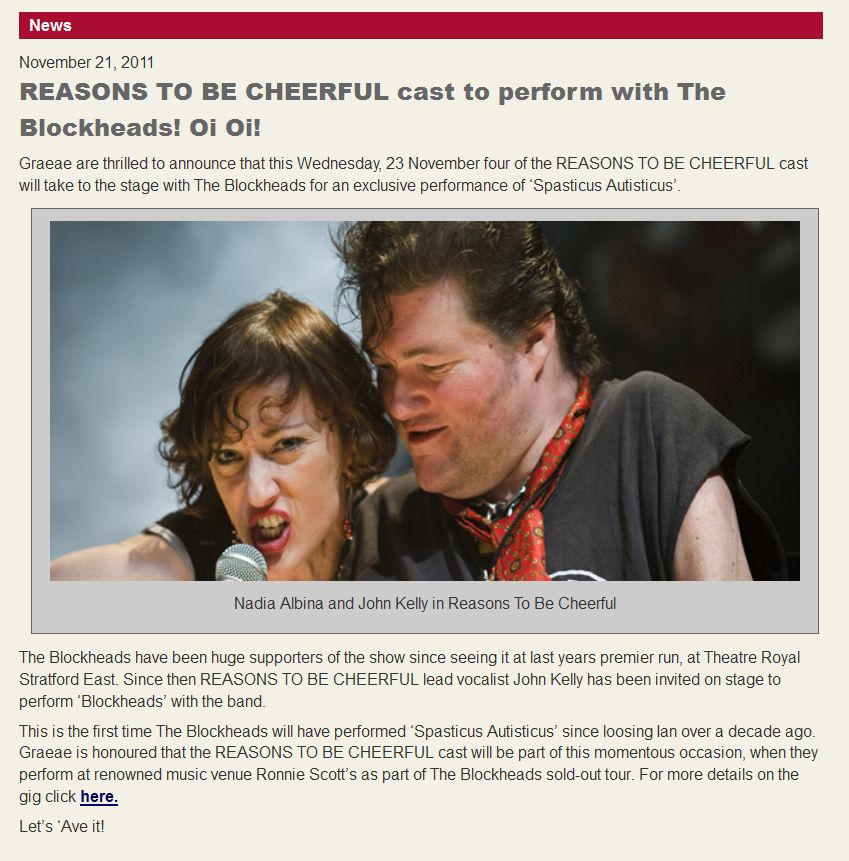 31 March, 18.30 - My lovely Auntie Mary is peace. She was a caring, kind and loving auntie who always looked out for us, looked after us and kept a smile on our faces. Nothing was ever too much trouble and she was there for everyone, no matter what. She was the one who helped me milk my first cow, by swinging me between her legs and up under the cow so I could reach. We had so many happy & fun times that will never be forgotten and will always bring a smile to us. We are devastated and empty for now that she has gone, but she is now at peace and we will always love and remember what she gave to us, love and happiness. Love you.

For you my lovely Auntie Mary B

Two of her favourite songs, Red is the Rose & Frauline,

(Thanks to David, who helped me get these recorded) 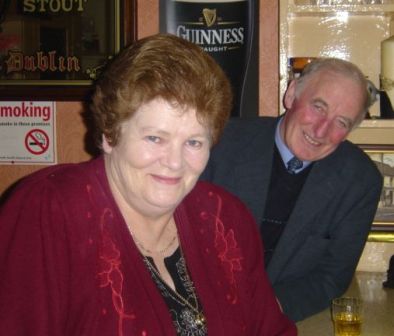 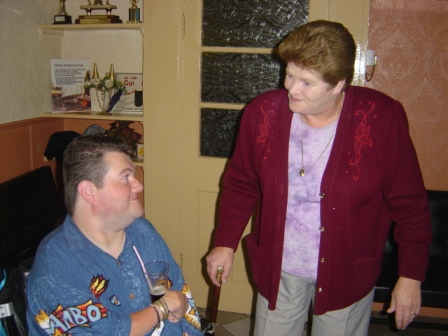 16 March, 23.00 - Recently I was asked by one of my RTBC friends to write a track for his new short film "Luke Starr" to be shown at a film festival in the next few months. This was a first for me and an honour to do it for Stephen and his great team working on the film. I'll put a link to it should it come on line, but for now, heres the track I wrote recorded with the brilliant Dave Del Cid & Nixon Rosembert, who helped me in a very tight time scale to get it done, thanks to them. Let me know what you think?

Here's a pdf of the lyrics

14 February, 16.30 - Today ends the consultation (shorter then is usually allowed, hum interesting tactic) on proposed changes to the Disability Living Allowance and with the announcement that the Independent Living Fund is to be axed by 2015 the urban warriors will be out in force and it really does feel like some fundamentals that we've worked towards for the past fifteen years are being unraveled, so Johnny is having some interesting discussions with MP's and our own minister for disabled people. I have asked that if the changes to the ILF make me less independent will she resign? Funny I'm still waiting for the reply.

On a very different note, on 12th February I had a dream experience singing Blockheads with.........The Blockheads. I would like to Thank Lee and the whole band for a very spur of the moment thing to happen, what a dream to come true. I'll never forget my response to Derek as he handed me a mic saying "Gis a hand wiv this one John", my response in disbelief, "Are you sure"?

John (the funny fella at the front of Rockinpaddy) can be seen & heard in the new Graeae production Reasons To Be Cheerful: